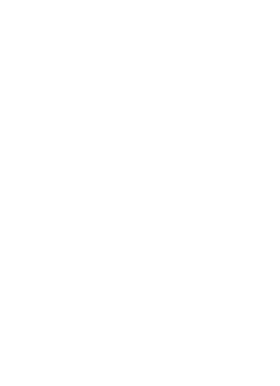 When you book with an account, you will be able to track your payment status, track the confirmation and you can also rate the tour after you finished the tour.
Sign Up

Or Continue As Guest

When you book with an account, you will be able to track your payment status, track the confirmation and you can also rate the tour after you finished the tour.
Sign Up
146

Why Book With Us?

Do not hesitage to give us a call. We are an expert team and we are happy to talk to you.

Ho Chi Minh welcome: Your private guide will be on time and waiting for you at the arrival hall. A comfortable private car and experienced driver are ready and will transfer you to the hotel.

Ho Chi Minh City is known as the most important commercial and tourist centers in Vietnam. It is 1,730km by land from Ha Noi capital and 50 km from the East-Sea. Saigon was once praised as the “Pearl of the Far East”.

You have your breakfast at your hotel before being transferred to Cu Chi, which is 70 kilometers far from Ho Chi Minh center through beautiful villages

Cu Chi Tunnels are an immense network of connecting underground tunnels located in the Củ Chi District of Ho Chi Minh City (Saigon), and are part of a much larger network of tunnels that underlie much of the country.

In the afternoon, you will visit some historical places, including War Museum, Reunification Palace, Notre Dame Cathedral in the city center.

Say goodbye to lively HCMC, you are transferred to Tan Son Nhat airport for your flight to Dalat, after your breakfast in the hotel of course. You are welcomed by private guide at the airport in Dalat, a romantic and peaceful city. Your driver will escort you to your hotel for check in. Free for rest of the day.

Dalat is the capital of Lam Dong Province in Vietnam. The city is located 1,500 m above sea level on the Langbian Plateau in the southern parts of the Central Highlands region. In Vietnam, Da Lat is a popular tourist destination.

Free on your own time in the afternoon

Can Tho welcome: Left Dalat, you take a morning flight to Ho Chi Minh. In the arrival hall, your private driver and guide will escort you to Can Tho, which belongs to Mekong Delta by 3-hour driving by private van.

Mekong Delta is called the ‘rice bowl’ of Vietnam, the delta is carpeted in a dizzying variety of greens. This tour offers you the lively picture of the rhythms of the mighty Mekong, where boats, houses and markets float upon the innumerable rivers, canals and streams that crisscross the landscape like arteries.

Overnight in Can Tho

Cai Rang Floating Market is known as one of the famous floating market of the Southwest, specializes in selling fruits and agricultural products of the whole region. Its opened time is from 4a.m to 8a.m, so you will have to get up very early to catch the amazing scene to start the visit ideal time (6am – 8am). A ready early breakfast is necessary to start your day.

Ho Chi Minh Departure: This last day will be free at your own leisure before being transferred to the airport for your departure flight back to your country.

You find it quite difficult to choose different favorite goods and lots of typical oriental products following your step. However, it is easy to find anything in Saigon downtown.

Check your luggage, visa, passport before check in airport

Goodbye and hope to see you again! 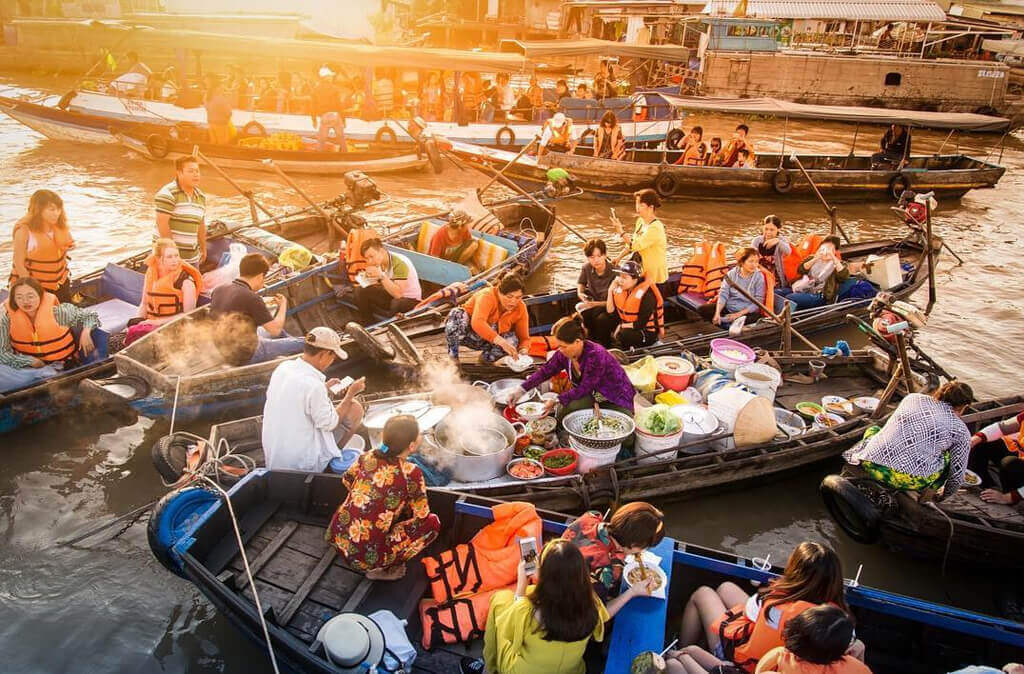 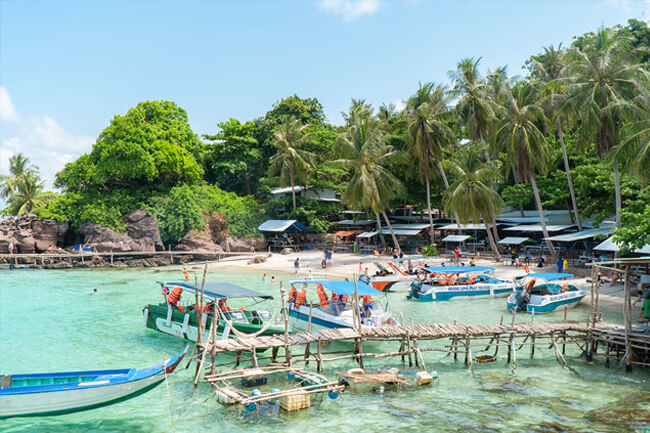